A clinical trial reporting a potential new sight-saving test to diagnose glaucoma earlier has just been released in the journal “Brain”. The hugely exciting news this week about the DARC (Detection of Apoptosing Retinal Cells) trial carried out by my consultant colleagues Professor Francesca Cordeiro, Professor in Ophthalmology at the UCL Institute of Ophthalmology and Imperial College and Professor Philip Bloom, Consultant ophthalmologist at The Western Eye Hospital, Imperial College Healthcare NHS Trust has enormous implications for future early detection of glaucoma.

Glaucoma is a condition that damages the optic nerve irreversibly. Patients often present late when they already have significant loss of vision. This trial is a potential game changer in that we could potentially pick up glaucoma in its earliest stages before considerable damage has been done.

The theory behind this trial is that if the ophthalmologist or optometrist can pick up the cells in the eye that are dying earlier than they can now, they can intervene and start treatment earlier so that patients are much less likely to go blind from glaucoma.

DARC is a phase 1 study, meaning that it is the first time the technology had been tested in humans. There has already been extensive and meticulous research in the lab and in animal models of glaucoma.

A specially developed fluorescent marker was injected into the blood stream and OCT (ocular coherence tomography) pictures are taken of the back of the eye. The sick and damaged retinal cells light up as fluorescent white spots in the eye examination and importantly, there were no adverse events or harmful side effects in the trial.

This not only means we should be able to pick up glaucoma much earlier but it could mean that new treatments for glaucoma could be shown to be effective much earlier than current technology allows.

At the moment most glaucoma treatment trials rely on following up the patient for years looking at how visual field changes could be slowed down by a treatment.

DARC technology could shorten that significantly meaning quicker roll out of effective treatments to patients.

The Phase 2 study where the technology is tested on a much larger group of patients with glaucoma and normal controls is now well underway.

While we await the results it is very important that you have a routine eye examination every 1-2 years with your optician. If they have any concerns about possible glaucoma in your eyes then they will recommend that you see a glaucoma specialist.

A consultation with a Glaucoma Ophthalmic Specialist Laura Crawley can be hugely reassuring and if you do have glaucoma the sooner treatment is started the less likely you are to lose vision.

Some results mentioned in this blog post are from Professor Francesca Cordeiro’s work.

About the Author: Laura Crawley

I’m a consultant ophthalmic surgeon with specialist interest in glaucoma, cataract surgery and common red eye conditions such as blepharitis and conjunctivitis. My patients are people who want to be highly informed, understand all of their options and work together with me to ensure the best possible eye care outcomes.

This site uses Akismet to reduce spam. Learn how your comment data is processed. 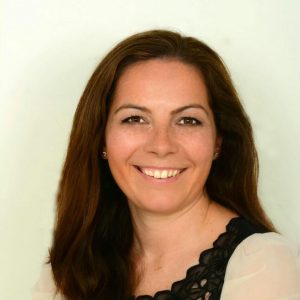 I’m a consultant ophthalmic surgeon with specialist interest in glaucoma, cataract surgery and common red eye conditions such as blepharitis and conjuctivitis.
My patients are people who want to be highly informed, understand all of their options and work together with me to ensure the best possible eye care outcomes.

Find us on social media